We are only few days ahead of the Paris Games Week and GamersOrigin’s players prepared it this week with some domestic tournaments.

The Hearthstone team lost to NidhoGG in its ESL championship decider match and will not be in playoffs. However, Pierre “Trec” Breuil will go to the Paris Games Week to take part in the ESWC Hearthstone tournament organized at the exhibition. In the meantime, he won the “Baston” that took place on Friday night against Rase.

Trec and Victor “Den” Combret were at the Ecole 42 to compete in the ArmaCup Paris. They both finished with a 3-2 score after the fifth round, so they dropped out of the tournament.

Our Hearthstone team is now ranked 10th in the HCT Pro Team Standings. Congrats to Purple, Trec and Gallon, who will keep climbing the ladder for the end of the season #GOWIN.

Almost all of the last French circuit stage was played online this weekend, before the live final at the PGW. GO went first of its group, which included Zephyr Esport Black, Génération Miracle and Prank Origins FG.

In the bracket, we won against LDV Meteor and then took our revenge on GameWard, which had eliminated us in Valenciennes. However, we fall in the loser bracket after a loss against Vitality Academy. We managed to reach the loser bracket’s final after our victories on Rog Esport and Konix.

The LB final was a very tense BO3 against Gentisde but, finally, it’s a 2-1 win for GamersOrigin, which will play the final next week at the Paris Games Week. Moreover, we are guaranteed to finish 1st of the regular season, meaning that we are qualified for the LoL Open Tour final at Disneyland Paris. 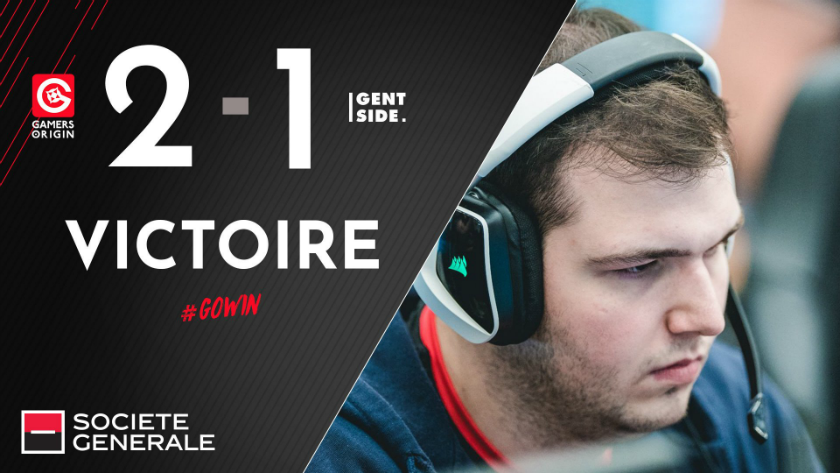 Two members of our Fortnite squad were invited to this week’s Fall Skirmish. JuleZ teamed-up with Brawks, from Vitality, and they went 29th. M11Z was in a duo with Renik: they ranked 27th.

Rendez-vous next week for the Paris Games Week, which is starting on Friday, October 26th. Our event preview will be available on our website on Wednesday.