The week started well with both Gallon, our new Hearthstone recruit, and Purple qualifying for the next HCT playoffs. The two North American will face the other qualified players on May 12th and 13th. They are already testing new decks and strategies with the Witchwood cards in order to be ready for the competition.

Stephano shined as the other French SC2 players in WCS Austin Qualifier, with a victory in the last game against Clem. He his qualified for the next stage, which will be played in a few weeks. However there is still a long road before DreamHack and the WCS main event.

The Zerg won the GO4EU 769 with victories against talented opponents such as ShoWTimE and MaNa. An important win as Stephano often lost against them: it unveils how he stepped-up over the last weeks.

Two victories in two matches for the Dofus squad, which showed excellent things during this week. We are ranked 4 at the moment, but there is still 2 weeks to go through and everything can still happen. 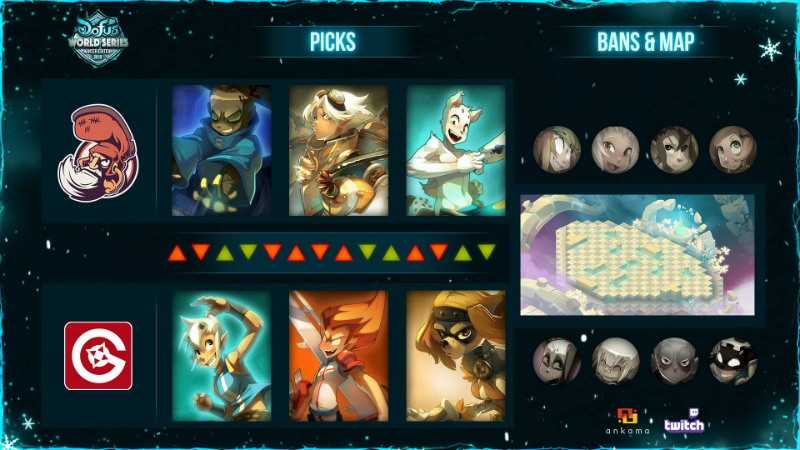 As a training for their next Lan – Geek Days in Lille -, our PUBG players competed in XPulZ Francophonia #5, and it went as expected as we claimed a top 1 in the third round, and a top 1 in the tournament.

After months of training and lot of matches played to earn every single point, the GO LoL roster finally jumped into the European Masters. We were facing Penguins from Spain for the inaugural match, and we won with a clean game from us, and especially from TynX and his Lee Sin.

24 hours later GO met Illuminar Gaming for a decisive battle for first place in the group and a direct qualification for quarterfinals. Brokenshard’s aggressive draft was accurate and the game ended in 25 minutes.

On Monday evening we were facing the former Mysterious Monkeys, Ad Hoc Gaming, in order to grab a third victory in 3 BO. And it’s done with another clean game from the guys, who easily defeated their oppoents. We are qualified for quarterfinals #GOWIN !