The TMGL kicks-off on Sunday

The Trackmania Grand League (TMGL) Winter 2021 season starts on Sunday with the first of its six steps. 16 drivers will battle from Sunday to March, 21st, to be crowned the best Trackmania player.

After the regular season’s six weeks, the 8 best players will enter playoffs while the bottom 4 will face potential relegation in Open Grand League. 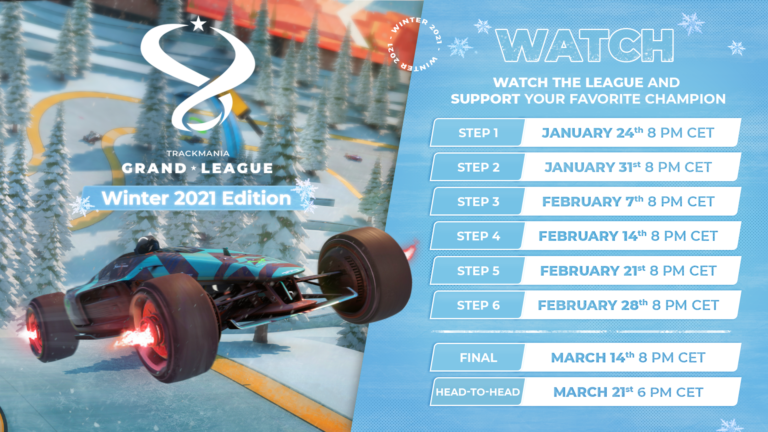 During the season, the map pool will often change with the addition of new maps. Players will have to adapt their playstyle and to be consistent to grab points to climb the ladder. Moreover, the playoffs system has been revamped to offer more spectacular games.

Valérian “Papou” Ramamonjy will represent GamersOrigin one more time in the Trackmania Grand League. He has been constant at the highest competitive level since he joined GO and has become a pillar of the scene.

The TMGL will not be the only tournament in which Papou will take part in 2021: the ZrT Trackmania Cup will indeed return for a 2021 edition on May, 29th. The tournament, which is run by French streamer ZeratoR, is one of the season’s majors events, as players can experience a competition lasting only a day and not an entire championship.

I have won the TMGL Winter 2020 group stage and ended up 4th twice in playoffs during the last two TMGL. Now, I hope I will eventually win this coveted title! Maps have changed a lot and not necessarily in a way that suits or advantages me but I have to adapt because there is no other path to victory #GOWIN!