The Dreamhack Anaheim will be the first major tournament of the 2020 season for GamersOrigin Fortnite players. Rémy “M11Z” Lehoult, Brian “Nyx” Piot and Sabri “Xoxo” Boulegroun will play in the Californian tournament from February, 21st, to February, 23rd. The competition will be performed in solo mode with a $250 000 cash prize. 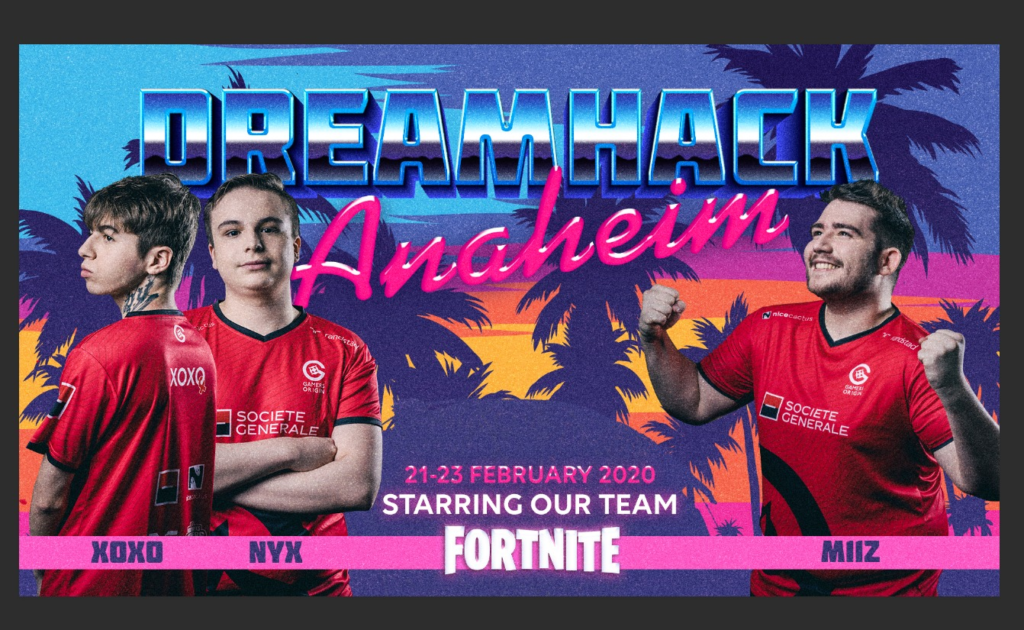 This tournament is an open one: anyone can register without any consideration of level. The competitors will be split into two heats and the 200 best players of each heat will access the second stage. Then, the second stage top 100 will enter the grand final, formed of 8 games.

The GO players are going to start the season with a major international event before coming back to France to compete in the Lyon Esport, in which they expect to face high-level opponents. In California, Xoxo, Nyx and M11Z will battle against the world best players, who all can claim victory in such an event.

This will be the second time I am travelling abroad, the first one was for the Dreamhack Sevilla. I am very excited, especially because going to California is a dream, moreover if it’s to play some video games. I cannot wait to see the other players and to live this adventure with my teammates #GOWIN.