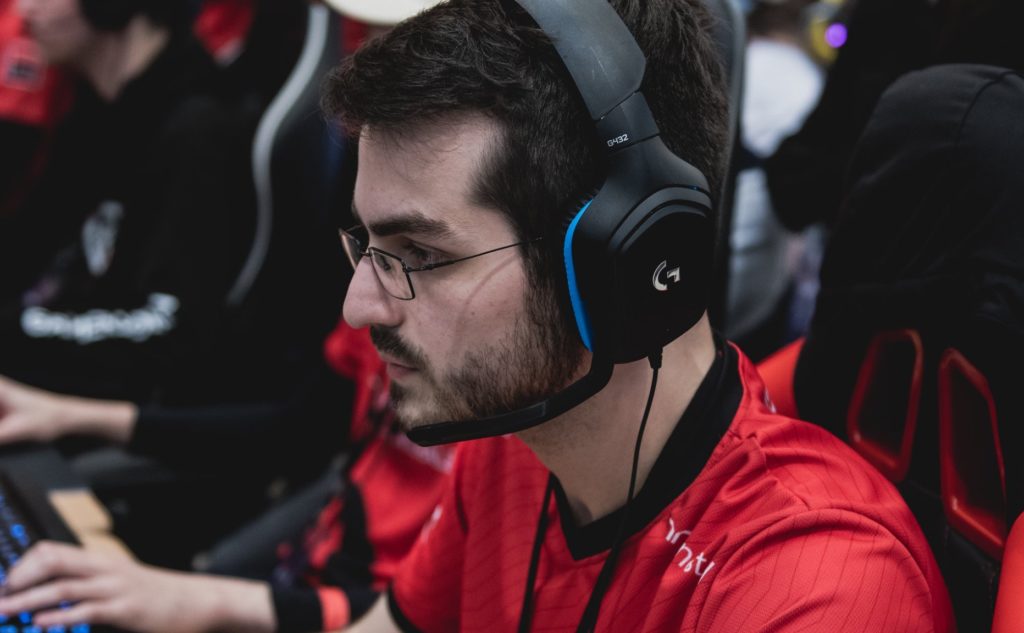 GO: Can you introduce yourself?
JDG: I am Manuel Soares, aka “JDG”, 21 years old. I have been on the scene for more than 4 years now. I started in high school, at PCS. My 2 last teams were the most important: I went Top 2 of the Open Tour last year with Bastille Legacy after winning some stages, and GamersOrigin Academy this year.

We had quite a rough season start but it’s getting better.

GO: Why did you choose to come to GamersOrigin Academy?
JDG: I had some opportunities at the end of the last season and it was the organization that matched the best what I wanted.

GO: How do you explain your current results?
JDG: I am not sure about how exterior people see backdoors. It’s more a team problem than a person’s fault. We had team compositions that required us to accelerate in mid-game and to conclude the game quickly and we did not manage to do it while our opponents just had to let a split pusher opening our base to win. We fixed this point step by step.

GO: Why are you now in better shape?
JDG: There is a good atmosphere in the team, our scrims are productive, we manage to set up things. Everything is not perfect yet, we still have some issues that lead to 45-minute games.

We are correcting our defaults. We are going to have a super week this weekend, with 2 games to play, and then a 2-month break. We will have time to work on our issues.

GO: As a toplaner, you are often sacrificed during the draft. How do you feel about that?
JDG: To me, competition is not a game. There is no more fun to have. You can have some fun in soloQ or even in scrims, to test champions, but not during a match: you have to restrain yourself from having fun during the game.

I am not sacrificed: if I am the one playing a tank, maybe it’s not very fun but it means someone else does not play a tank. For instance, against Oplon Zenoz played Lee Sin and brought a clutch factor in teamfights. I do not regret my Ornn pick, it was the best option in blind pick and the best in our composition.

GO: Which champion do you recommend for playing toplane in soloQ?
JDG: Maokai, he is insane. The top 2 tanks in toplane are Ornn and Maokai, I don’t really know which one is the best. But I think Maokai is more versatile in soloQ. Otherwise, you can always play Sett and Mordekaiser, there are really strong.

GO: When people start playing exotic picks, do you always try them?
JDG: You have to be careful with exotic picks. Most of the time it is ok to train them but they will not last long: they are often quickly nerfed.

I don’t always try them but sometimes when I watch a competition I tell myself “I had to try that”. If I enjoy it and if it fits our playstyle I suggest it during a scrim.

GO: What are your favourite champions? What is Gnar’s place in your heart?
JDG: For Gnar, it’s from the pseudo chosen with my friends when I was Silver. It’s a joke to annoy casters that will have to say such a name. I never had a better idea, I just shortened it so it sounds better. However, I don’t play Gnar very often, my favourite champion currently is Mordekaiser, especially since the rework. 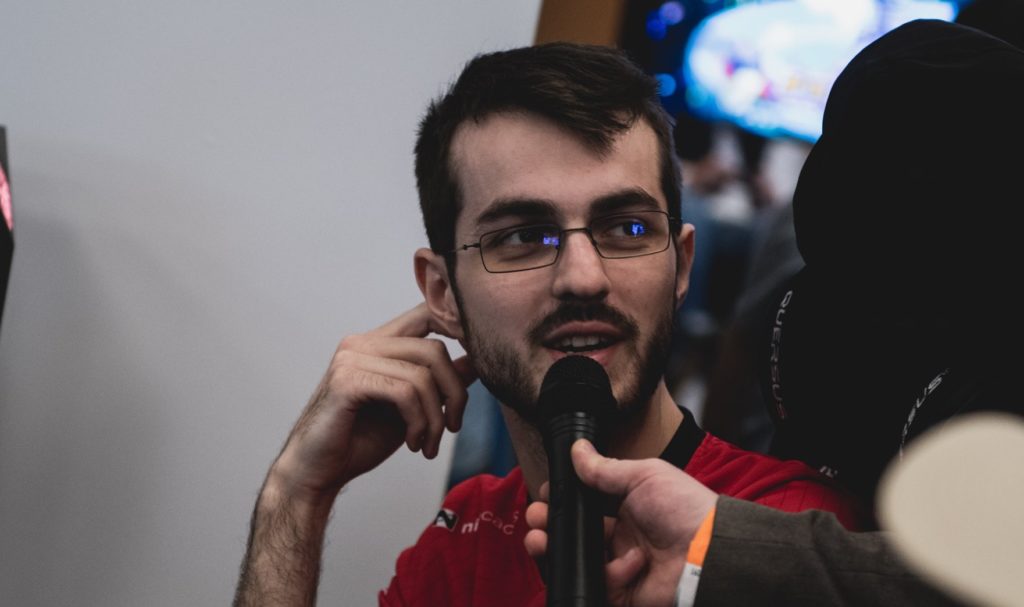 GO: What do you think of the Division 2 format?
JDG: I find it way too long, I wish there were some BO3 matches, for playoffs for instance. Having an 18-match season lasting two LFL season is very long.

GO: And what do you think about the Division2 level?
JDG: I am a bit surprised by some teams’ level. I think we could be first if we had a better season start. We are trying to correct this. I think there are some individualities that shine more than others.

GO: How do you feel about LANs being cancelled?
JDG: I went to a bunch of LANs already! It’s a special format, typically French, and I like playing in it. Obviously, it’s better not having them right now to avoid contagion. Representing GO is something special and it makes even more annoying not being able to compete in LANs.

GO: Do you often practice with the GamersOrigin LFL team?
JDG: Before the confinement, yes, we had them on scrim very often. More than half of the academy is going to the office so we see them constantly and we have a good relationship, even with the foreigners. We talk about match-ups, situations etc.

It’s a big advantage and I think we are the only academy to have such a link with the LFL team. This is mostly thanks to the GO training center, it’s unique to have all the teams in one place.

GO: Do you benefit from the osteopath, the nutritionist and the sport coach?
JDG: Sport and osteopath are the week best moments. The office itself and what it brings help a lot. I had never seen such a thing in esport before.

GO: How do you train on a daily basis?
JDG: During the morning I do my soloQ and I warm-up for the 3 pm scrim. We have a 5-game scrim that ends around 7 pm. Then we debrief the games and review some moves. We also talk about what we want to pick and what we want to play for the next scrim.

GO: What are your career goals?
JDG: Short-term, Division 2 with GamersOrigin. On a longer run, playing in LFL. And in the very, very long term, going in LEC, doing things step by step.

GO: What is your best esport memory?
JDG: I think it’s when I won my first Open Tour stage with Bastille Legacy against Izidream last year. We were really happy.

GO: How do to still enjoy the game?
JDG: Automatically, after 4 years I am bored of the game sometimes. You can become mad if you play to only one game all day long. You need breaks. At the moment I am only playing to one other game, Raft, with a friend from Bastille Legacy. It’s a survival game like Rust.

Metas are moving fast enough, especially in toplane this season. You can play whatever you want, moreover in a second division. During a matchday, the team compositions are very different, they are not made based on the meta but on the players. 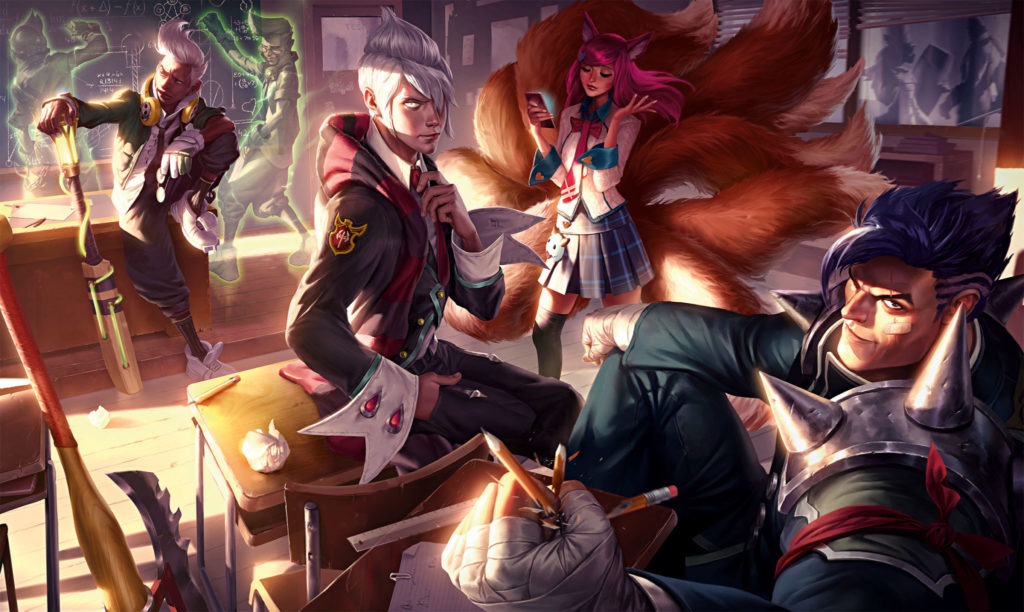 JDG and his teammates are ready for this weekend superweek, in which they will face Kameto Corp and Lunary #GOWIN.