Three players were already performing with GO during the 2019 season: Subicz “Bluerzor” Dániel remains GamersOrigin jungler while Ludvig “XDSMILEY” Granquist and Morgan “HustlinBeasT” Granberg stays at our bot lane. Two French reinforcements are joining them: Damien “Shemek” Soulagnet at the top lane and Loïc “Toucouille” Dubois at the mid lane. The team will be coached by Finlay “Quaye” Stewart, who pursues his career at GamersOrigin. 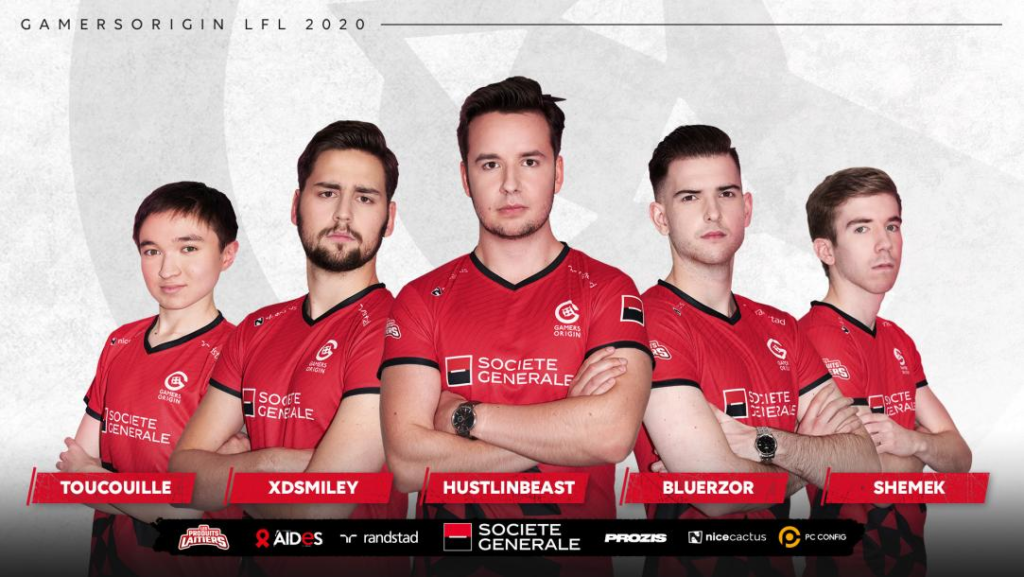 Shemek is a well-known figure of GO fans. Indeed, the toplaner was the captain of GamersOrigin founding roster, in January 2017. At the time, he was already playing alongside Bluerzor. Together, they lifted 8 trophies and carried the team at the top of the French scene. They also became French champion in 2018, showing once again how well this duo works.

Concerning Toucouille, he dominated the French second division last year, being crowned Open Tour champion. He is one of the very best French midlaners and he is eager to prove himself at the highest level.

This line-up objective will be to rule the French scene and to qualify for the European Masters, to face other regional leagues best teams. To do so, GamersOrigin can count on its sponsors: Société Générale, Les Produits Laitiers, Randstad, Nicecactus, PCConfig and Prozis. The team has also entered a partnership with AIDES, an NGO involved in the fight against HIV and hepatitis.

GamersOrigin will play its very first match of the 2020 LFL season on January, 21st #GOWIN.