GamersOrigin is coming to Fortnite 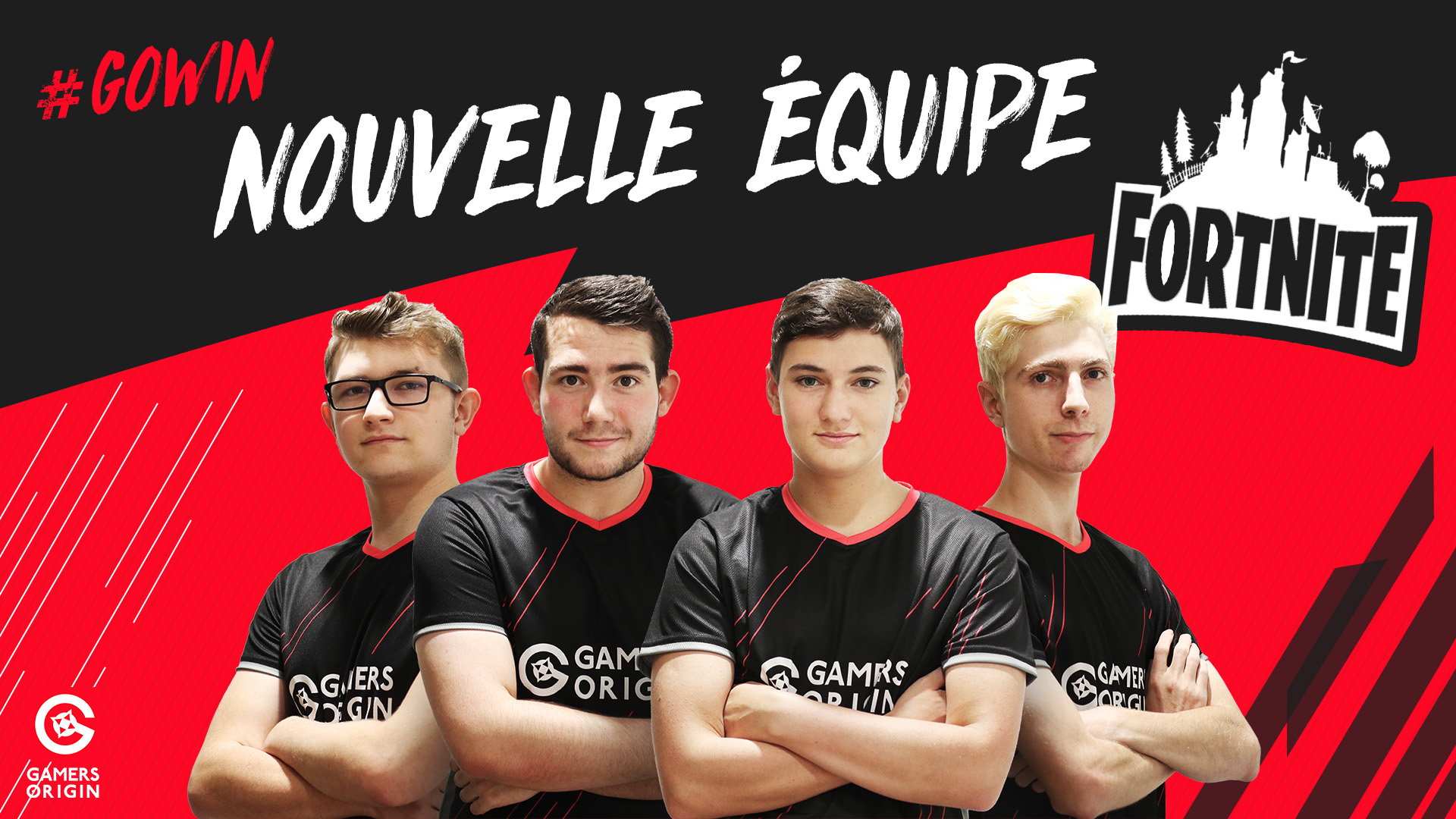 Fortnite quickly became a thriving game with a young and growing esport scene that GamersOrigin joins with this ambitious recruitment.

GamersOrigin’s new recruits, former CS:GO players, met a great success with Epic Games’ Battle Royale. Their list of achievements is quite impressive. The squad has been playing together since February 2018, and was for a moment part of Oserv esport. Deadra, M11Z, JuleZ clinched a great victory at Gamers Assembly. Lenzh joined them just after winning a tournament at Occitanie esport.

They join today GamersOrigin with the aim of staying on top of the French scene and competing internationally. The players will be coached by Fayaw, former manager of our Overwatch team and at present commentator of the Overwatch League. The players will make their first major appearance at ESWC Omen Pro Series, to be held 8-9 September in Metz.

I am very proud to be this team captain. We have still many things to learn and our arrival at GamersOrigin strongly motivates us. We already showed our strength in France and now, thanks to GamersOrigin, we will take part in international competition #GOWIN.

This new Fortnite adventure is an important milestone for GamersOrigin. It is a great pleasure for us to welcome these players among our family and to help them reaching their highest level. Their consistent results over the last months reflect their strength. I have no doubt their will defend well their status of best French team. They all are highly motivated and talented players. I am convinced we will hear a lot about their performance in the next few weeks.

This article was written and edited by: Louis Bérody and Luiji