Division 2 is about to start

GamersOrigin’s second season in Division 2 will begin on January, 25th, with a match against FC Nantes. During the season’s 18 match-day, GamersOrigin Academy will face each of the nine other teams twice. 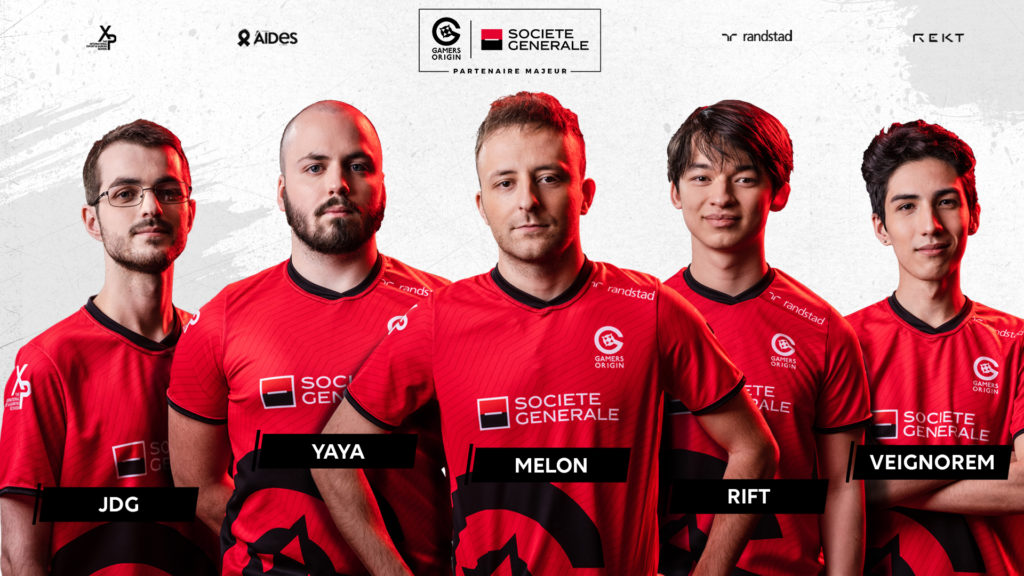 Three new organizations have joined the league: Atletec, GameWard Academy and IZI Elyandra. While some of Division 2’s teams are fighting for a spot in the LFL, French main league, others like the academies cannot access the LFL because their organization already owns a team in this league.

Thus, GamersOrigin Academy’s main goal is to help young talents improve and then potentially join the LFL team or replace a main team member if necessary as Tristan “Pak” Bourquelot did in 2020 during the Underdogs. GOA players grow in a professional environment alongside with the main team so they may eventually join a first division line-up. Moreover, GamersOrigin’s two rosters work closely together to develop synergies and to help each other to prepare for upcoming tournaments. Then, GOA players are already familiar with the requirements of LFL teams.

While some some GO Academy’s players are rookies, others already have some experience such as Alexis “Melon” Barrachin and Dai-Vinh “Veignorem” Lussiez, who is one of the Division 2 title holders.

I am Veignorem and I play Support for GO Academy. I am 20 years old and I have been playing LoL for 7 years. I won Division 2 last season with BDS and to me, it’s important to reach the summit again.

I am glad I have joined GO and I love the atmosphere within my team. I think we can make a good run, really improve and accomplish great performances together. We are well managed and GamersOrigin provides us with all the tools necessary for our job!

I don’t know what to think about season’s beginnings, teams are not quite ready and matches are kind of coinflip. We make some progress and it’s encouraging for the season even though this year’s level seems higher than the last season’s one #GOWIN!