Back to back LFL champions!

GamersOrigin is the back-to-back French champion thanks to its victory 3-0 against GameWard in the summer split final. GO has won another French title a few months after its success against LDLC-OL during the spring split. 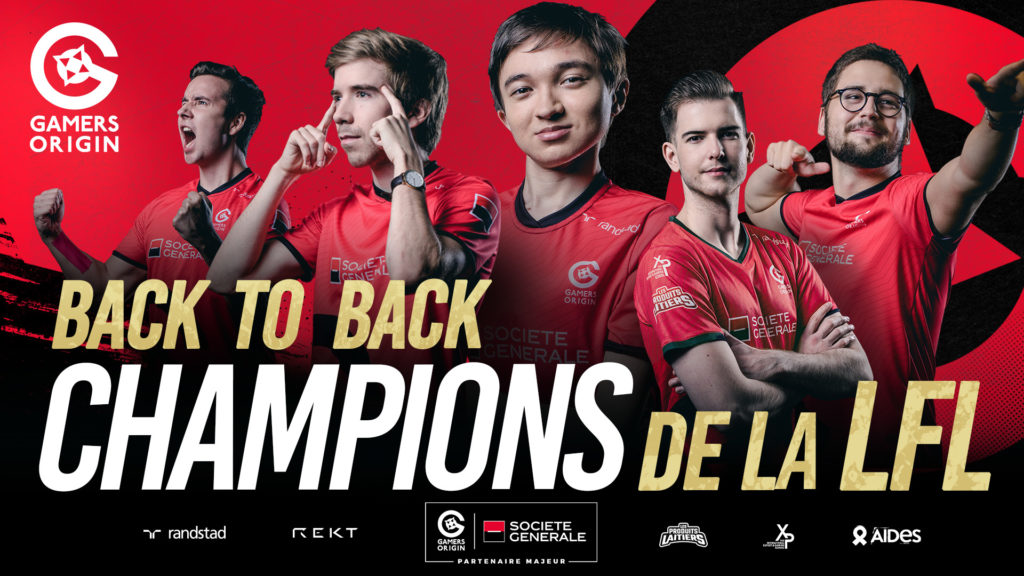 GamersOrigin was directly qualified for the split final thanks to its first place in the regular season. GO was facing GameWard, which overcame LDLC-OL and Misfits Premier in the previous playoffs rounds.

SMILEY played the whole series on Ashe. The Summer Split MVP, who received his trophy right before the match, showcased his marksman skills with perfect Crystal Arrows during all three games.

SMILEY was not the only one to shine last night. Indeed, Shemek played extraordinary well on Shen and Maokai, demonstrating his mastery of these champions.

GamersOrigin’s last match this season will be the LFL grand finale, which will crown the 2020 French champion #GOWIN.