4 new players for the Fortnite roster 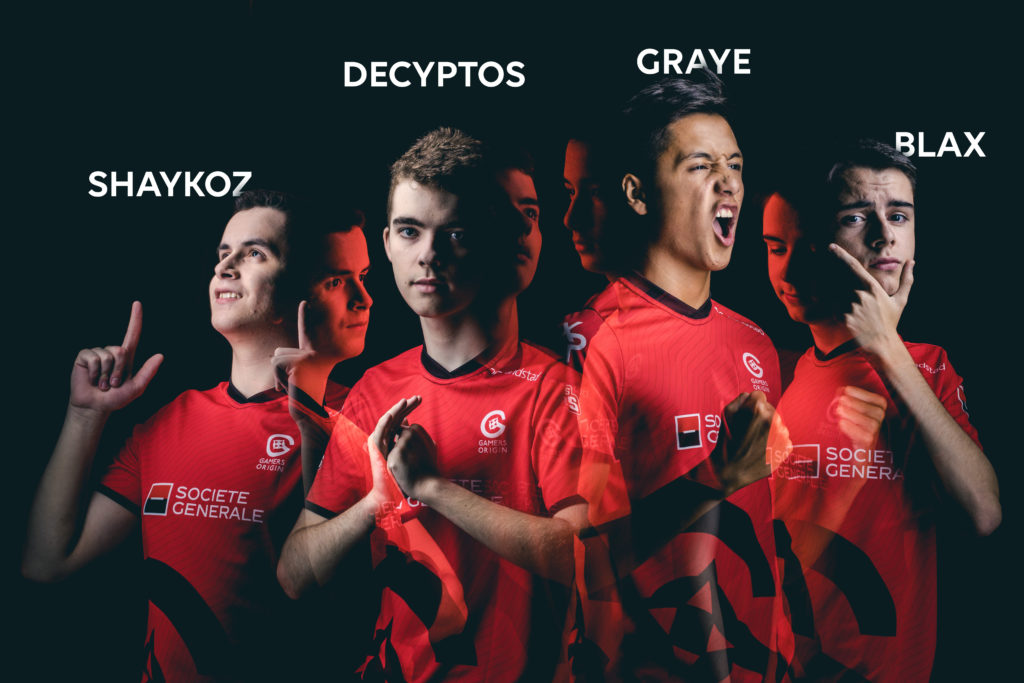 Maxime “Blax” Thomas already has an impressive list of achievements: top 1 at the Fall Skirmish Series EU – Week 5, top 4 at the DreamHack Sevilla, top 13 at Katowice, a participation in the World Cup etc. He has a lot of experience of the highest level of competitive play and will share it with his new teammates.

Thomas “Decyptos” Cottu went very well recently: he achieved a top 1 in a Cash Cup, a top 8 in the DreamHack Open, a top 5 in the DoigCup etc. He is as good in trio or duo as in solo and is planning to grab more top finishes during the upcoming competitions.

Concerning Arylles “Shaykoz” Sehaki, he won the Détection by Société Générale, a tournament which featured promising young players. He took part in the DoigCup thanks to this victory and has obtained great results in Cash Cups since.

Téo “GRAE1E” Courtois performs very often in competitions, both in solo and duo mode, in which he plays alongside with Shaykoz. They notably achiveved a top 2 in Contenders Cash Cup.

All our Fortnite players, both the newcomers and M11Z, Nyx and Xoxo, will be coached by Hugo “Meltore” Colin and Nordine “Nono” Khalfallah, who will help them to improve and perform regularly.

Our four recruits will enter their first tournament tomorrow for the Fortnite Champion Series qualifications #GOWIN.