Welcome to our Academy roster! 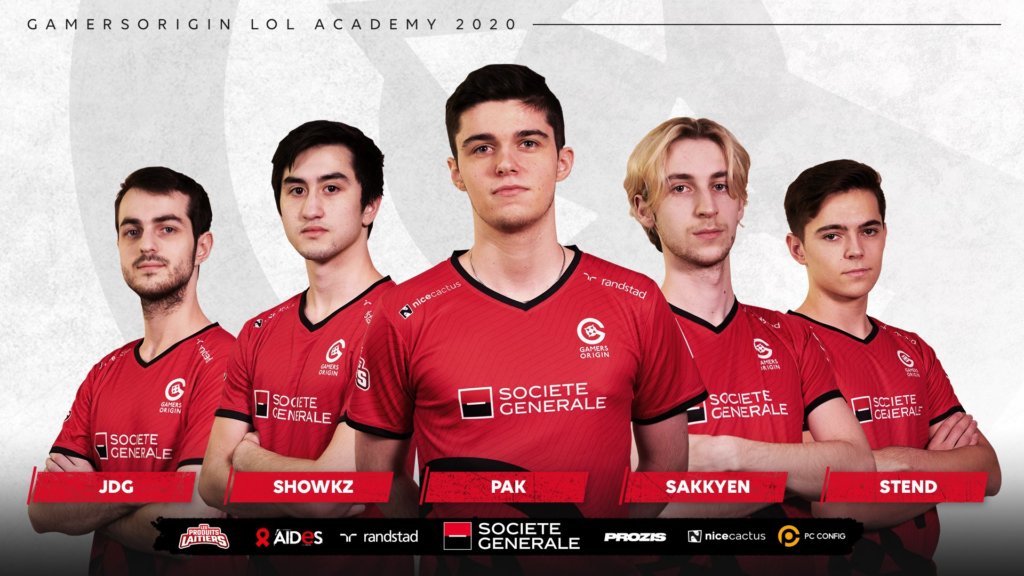 This new division allows skilled players to prove themselves at a high level to be later recruited by LFL teams.

GamersOrigin wished to enter this competition to give the chance to 5 talents to become professional players. The Academy team will take part in Division 2 and also in French LANs to face other teams than the ones competing in its league. The roster will benefit from our sponsors support and from all the advantages offered to the main team: training center, chef, nutritionist, osteopath, sport coach etc.

Manuel “JDG” Soares, runner-up of the Open Tour and a well-known figure of the French scene, will be the Academy top laner. Yann “Showkz” Singvonsa will take care of the jungle while Tristan “Pak” Bourquelot will be in charge of the mid lane. They played together in Open Tour teams last season and have already developed synergies.

Thomas “Sakkyen” Picot will be GO Academy ADC. He notably faced GO last season during the Occitanie esport final. His support will be Paul “Stend” Lardin, a young and promising player with an aggressive play style.

The line-up will be coached by Yohan “Dolorinflict” Maronne and managed by Romain “FaaSt” Rétière.

Academy members may take part in GamersOrigin LFL matches if needed or in order to discover the highest French level.

The players have been chosen carefully and will often train with the main team.

GamersOrigin Academy will make its debut this weekend at the Colmar Esport Show #GOWIN.