GamersOrigin is delighted to announce the arrival of Olivier “Luffy” Hay, the best French Street Fighter V player, as the first member of its versus fighting division. 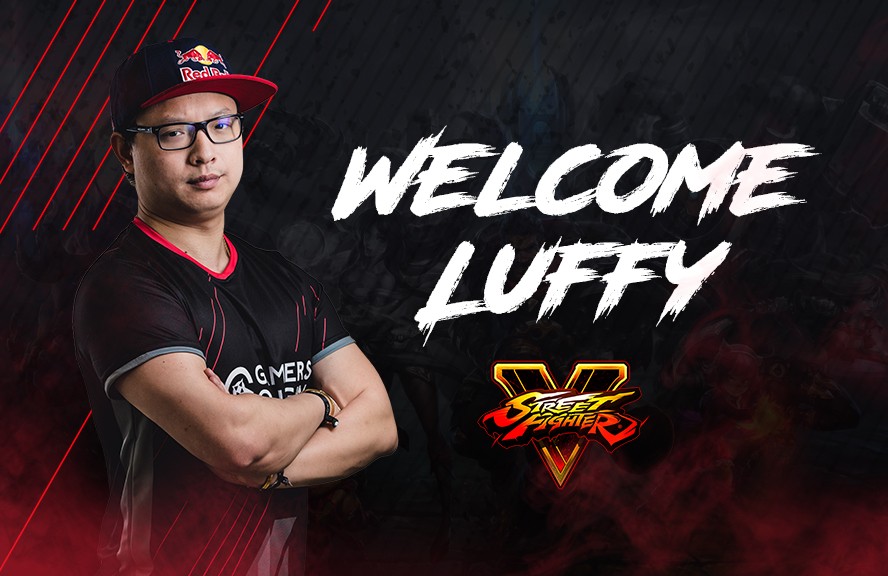 Luffy has won the most prestigious versus fighting competition, the EVO, in 2014. He remains the only French to have ever won it on Street Fighter.

Luffy has achieved many other great tournament results, including a third place at the 2014 Capcom Cup and one at the 2017 European Pro Tour.

The most skilled French player is also known for the PlayStation 1 controller he always used instead of a traditional versus fighting stick. His main character is R.Mika, who he picks in all his professional matches.

Street Fighter V was released in 2016 and has been the core versus fighting game since then. Almost 2,500 contenders registered to the SFV tournament at the 2018 EVO. Moreover, Capcom is running a professional circuit, the Capcom Pro Tour.

GamersOrigin is entering a historic esport scene thanks to Luffy. We share with him values such as professionalism and involvement, and we are glad to welcome one of the best SFV competitors.

Luffy will represent GamersOrigin in his upcoming competitions, including the EVO, the Red Bull Kumite and the Capcom Pro Tour. He finished the 2018 season at the second place at the European leaderboard and is part of the favourites before every international event. His next tournaments are the Final Round, held in Atlanta on March 15th, and the Brussels Challenges in April.

I am proud to join GamersOrigin, especially because we both value qualities like humility and commitment. Being the first club player on Street Fighter is a new challenge for me and I will succeed in it! I expect a lot from this collaboration and I hope I will continue my progression, develop my skills and reach new summits #GOWIN.