The Capcom Pro Tour is back

Fortunately, the competition is not over for this year: Capcom has unveiled an online Pro Tour which will grant 18 seats for the next World Cup, the 19th and 20th participants being iDom, winner of the 2019 edition and the public favourite. The 2020 Capcom Cup has been rescheduled to 2021 and will be held in the USA instead of Paris. 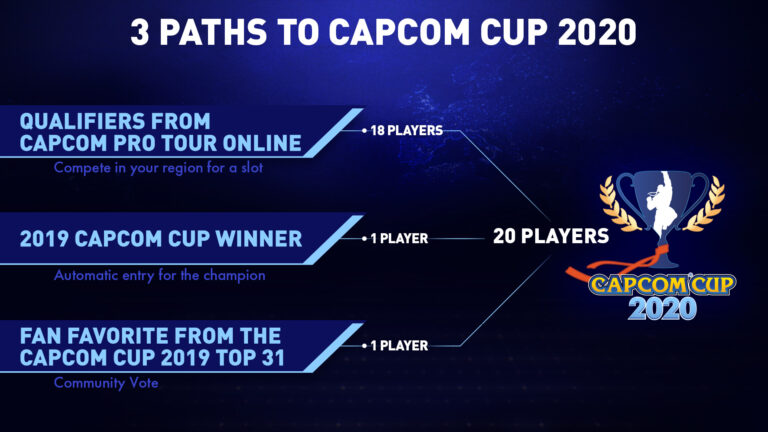 Qualifiers will be performed from June, 6th, to November, 21st, and will grant their winner a spot in the Capcom Cup. Olivier “Luffy” Hay will try to qualify for the World Cup after finishing in last year top 16.

In the meantime, the EVO, the most prestigious versus fighting tournament, will also feature an online edition during five weekends, from July, 4th, to August, 2nd.

The announcement of an online Pro Tour is a real surprise. Indeed, online playability is not the greatest one, even if I have a great Internet connexion. It’s a bit scary!

However, it’s, of course, better than having no tournament and I will train hard to grab a spot. I will have only 2 opportunities, so I keep my fingers crossed #GOWIN !