GamersOrigin has been crowned champion of the 2020 Ligue Française de League of Legends (LFL) spring split thanks to its 3-0 victory against LDLC-OL in the final. 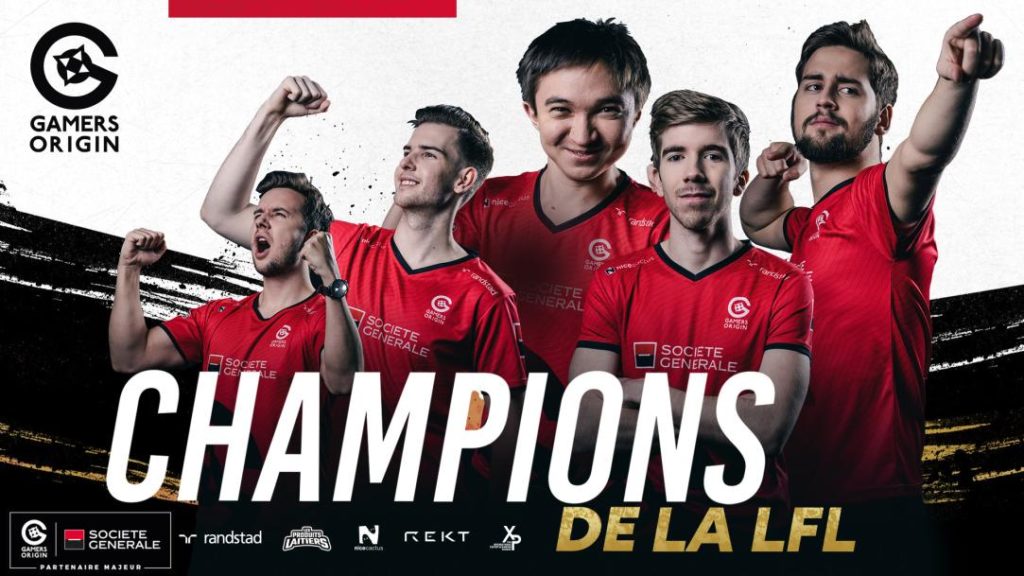 The match was mostly dominated by the GO players, who managed to counter the Foxes’ plans. Indeed, every GamersOrigin’s competitor shined last night: Shemek showed his mastery of the weak side, Bluerzor timed perfectly his Karthus’ ultimates, Toucouille dealt tremendous damages on Lucian, XDSMILEY demonstrated his Varus skills and HustlinBeasT made decisive engages with Sett.

This victory almost guarantees GamersOrigin to be part of the final tournament held at the end of the season, which awards the LFL champion title for the whole year. Moreover, GO will be placed among the pool 1 teams in the European Masters group stage, avoiding to play against the other assumed top teams. The competition will be held from April, 22nd to May 10th, and as LFL first seed GamersOrigin is among the favourites.

The LFL will be back after the European Masters and GamersOrigin will do its very best to keep its recently acquired title #GOWIN.