GamersOrigin is coming to Lyon

The 2020 Lyon Esport will be held in Lyon Centre des Congrès from February, 28th, to March, 1st. This emblematic French LAN will offer a League of Legends tournament, a Fortnite competition and a Trackmania Stadium event. 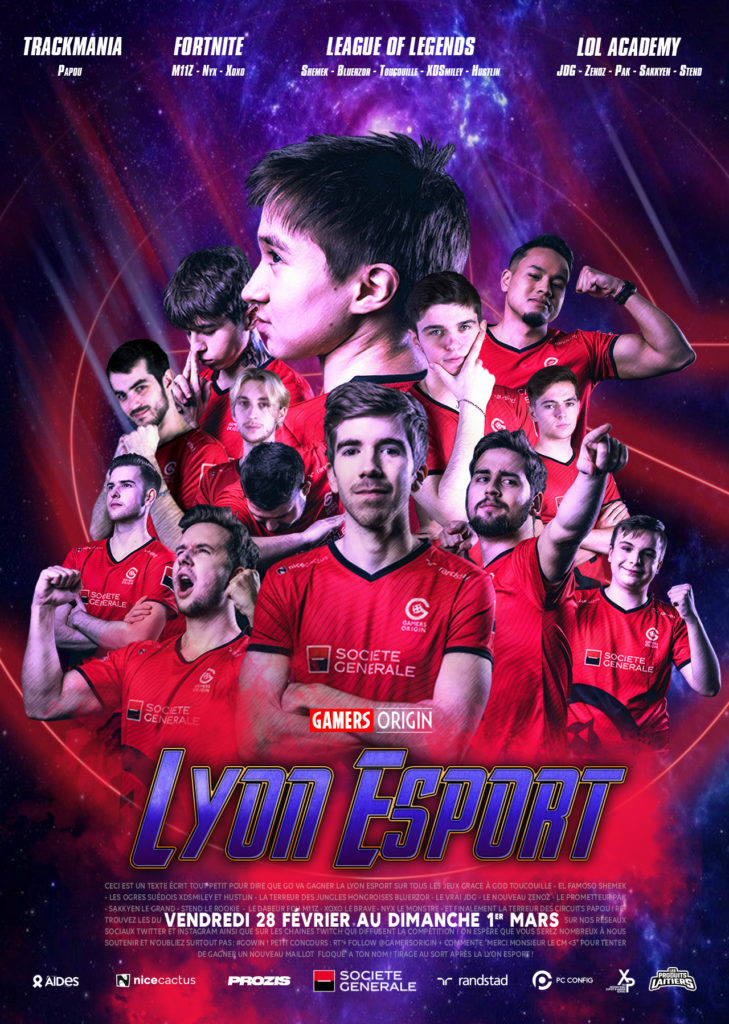 Both GamersOrigin League of Legends teams will take part in the LoL tournament, in which they will notably face line-ups from the LFL and the Division 2. 64 teams will compete during the weekend to claim victory and to earn a share of the €36 000 cash-prize. GamersOrigin LFL players are among the tournament favourites thanks to their current shape in the first division. For the GO Academy players, the LES will be the opportunity to face various opponents and to confirm their offline level: their last LAN was the Colmar Esport Show in which they finished runner-up.

Papou will also be in Lyon to participate in one of the biggest French offline events. He is qualified for the Trackmania Grand League playoffs, which will be played during the LES. Papou is also going to enter the Lyon Esport Stadium competition and is part of the favourites for both tournaments.

Concerning GamersOrigin Fortnite competitors, they will play the duo mode competition. Our Fortnite players just came back from Anaheim, California, where they took part in the Dreamhack tournament.

GamersOrigin will be involved in each of the three Lyon Esport competitions with actual chances to win them all. Rendezvous on February, 28th, for the kickoff of the LES #GOWIN.